British Heatwaves and How Air Conditioners Can Help 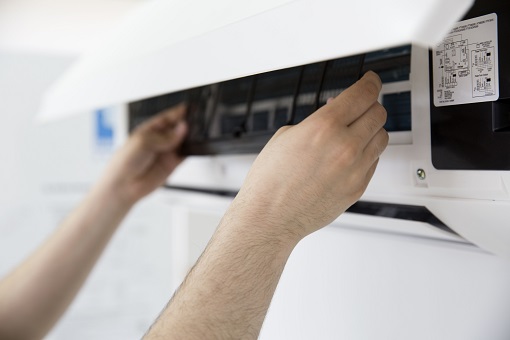 Just 0.5% of homes and flats within the UK have any form of air-con. As a country we’re so preoccupied with keeping our homes warm that we ignore any potential danger from the ever increasing heat of the Summer sun.

As such, air conditioners are starting to become a much more sought after commodity. Not only do air conditioning units make for a more comfortable living environment, they can also help with overall productivity in the workplace. You can readily find both portable and wall mounted air conditioners to fit whatever your home or workplace needs.

You don’t have to think too far back to see how the United Kingdom reacts through a heatwave. The summer heatwave of 2018 caused large waves of disruption, but more importantly caused a large number of deaths and health implications.

The British heatwave of 2018 reached highs of 35°C (95.5°F) in Faversham, Kent as of 26th July, and also recorded the hottest April day in 70 years, reaching 29.1°C. This wouldn’t be too bad if it was a one off issue, but the average temperatures for July have risen from 15.7°C to 18.7°C in just 3 years. On top of this, the whole of 2018 had an average temperature of 15.8°C, a rise of 1.5°C over the long term average. These temperatures are soon to be the norm and the amount of heatwaves set to increase, causing further need for comfortable living environments.

Heatwaves will therefore threaten the more vulnerable members of our society, such as the elderly, young children and those with either lung or heart conditions. During the 2003 European heatwave, in some areas of the UK there were 42% increased deaths in nursing homes. A report by MPs in July 2018 found that around 7,000 extra people could be killed each year by 2050 due to heat related complications. Air conditioners are one of the easiest ways we can help reduce temperatures for those more vulnerable, either by creating cooler drop in buildings, but also making their home lives more comfortable.

There are three main types of air conditioners we provide at City Plumbing.

We stock portable air conditioners, available to cool down specific rooms, but aren’t constrained to one specific area of the building.

2018 saw the driest June on record since 1925 and in these conditions evaporative coolers can help alleviate dry and oppressive conditions. They work by passing the warm and dry outside air through water filled filler pads causing the water to evaporate into the warm air, lowering its temperature and increasing humidity.

Due to the rise in temperatures over the last few years and the increased risk to health over the last 3 years, air conditioners are becoming a much more desirable piece of equipment. The Trades Union Congress also want to introduce maximum working temperatures to help with overheating in the work environment. Workplaces will need to install air conditioning units to help stop potential disruption to normal working hours. They will allow more relaxed working environments while helping the older generation and those more vulnerable deal with the increasing warm temperatures, helping the United Kingdom combat any potential 2019 heatwave.